ACCORDING TO CBS NEWS….I AM A DOMESTIC TERRORIST. I AM A CHRISTIAN, CONSERVATIVE, SENIOR CITIZEN, DISABLED, WEAPONS OWNER, AND ANIMAL LOVER. I HATE THIS CORRUPT GOVERNMENT, THE MILITARY POLICE, CONGRESS AND THE CORRUPT PRESIDENCY. I ALSO HATE THE LAP DOG NEWS MEDIA AND THE SHEEP WHO ARE STILL ASLEEP AND THINK THEIR GOVERNMENTS ARE GODS. SO I GUESS I AM A HOME GROWN DOMESTIC TERRORIST ACCORDING TO THE DHS. TRY TO KILL ME IF YOU DARE.

Hearkening back to the days of Sean Connery and Roger Moore, “Kingsman: The Secret Service” returns spy films to the campy, light-hearted tone of early James Bond films but with the clear message that “this is not that kind of movie.”

In addition, spy films are also more violent, with emphasis on carnage and gore. According to the Archives of Pediatric and Adolescent Medicine, the 2008 Bond film “Quantum of Solace” featured more than twice as many violent scenes as early Bond films. Furthermore, the study found characters in recent Bond films to be three times as likely to engage…

Through The 4th Wall

Since its reveal as the opening film at the Venice Film Festival last year, Birdman has gone from strength to strength, more than living up to the hype that’s surrounded it. It has already won critical acclaim and a few awards, and there is certainly an expectaion that it can pick up its fair share of Oscars this weekend, too.

This is Alejandro González Iñárritu’s fifth feature film, and considering the critical success he’s received for his other features to date, this film was onto a winner from pre-production. Iñárritu has an inate ability to tell powerful human stories and his ability to intertwine complex themes, stories and settings is a rare gift for a director.

Marvel and Sony have come to terms on an agreement that will bring Spider-Man into the Marvel Cinematic Universe. Up until now, Sony has had full control of the character, with the original trilogy in 2002, 2004, 2007 and two rebooted films in 2012 and 2014. After the mediocre The Amazing Spider-Man films, Sony has decided yet again to reboot the character, letting Kevin Feige, overseer of the entire Marvel slate of films, take creative control. Ultimately, Sony will have final say in how Marvel used their character, but the potential for him showing up along side Marvel’s hero in any capacity is exciting.

Spider-Man will first appear in an upcoming Marvel Cinematic Universe film, though which one has not been announced. Back in November, the Sony hacks revealed that a deal for Spider-Man to show up in Marvel’s Captain America: Civil War was previously in…

from The Movie Blog http://ift.tt/1zPfc17

Now that The Best Exotic Marigold Hotel is full up with its long-term residents, co-managers Muriel Donnelly (Maggie Smith) and Sonny Kapoor (Dev Patel) have a dream of expansion,…

from The Movie Blog http://ift.tt/1zPfapZ 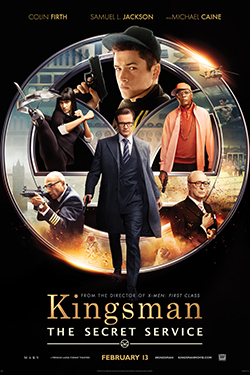