The Crankee Yankee and I went to see “Tomorrow-land” yesterday, starring George Clooney. Since we only go out to movies once in a blue moon, it’s always an adventure, especially when deciding what we want to see.

Of course, what we REALLY want is for each of us to go see the movie of our choice, then meet up afterwards. But as yesterday was our anniversary, the Crankee Yankee graciously gave up his choice of seeing the new “Mad Max” movie so that we could see “Tomorrow-land” together. Honestly, the clips I’d seen on TV just captivated me, so I really did want to see it. (My thanks, as always, to the Crankee Yankee’s generosity.)

Now when we were kids, movies were pretty straight forward: there was a newsreel, then a cartoon or two, and then the movie. Bing, bam, boom–that was it. You usually spent about .15 cents on… 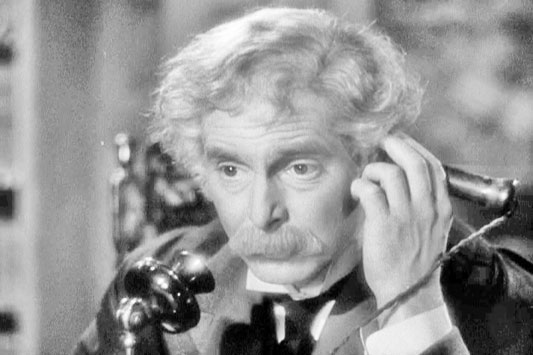 ROBERT DONAT rightly won the Academy Award for Best Actor, beating Clark Gable who had been nominated for Gone With the Wind, for his perfect, poignant performance in this classic film of James Hilton’s celebrated story following a shy retiring English schoolmaster from his first teaching job to his death. Hilton’s original novella, written in just four days to meet a magazine deadline in 1934, is recounted in flashback by the 83-year-old Donat. The story begins with him going to teach at an English boys’ public school as a keen young man. His romance with the girl (played by Academy Award-nominated… 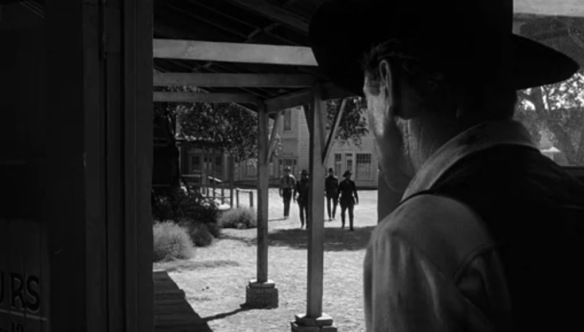 It’s kind of hilarious to read about American political factions laying claim to High Noon over the years. Carl Foreman’s script doesn’t exactly play like partisan rhetoric. Detailing a (roughly) 85-minute buildup to a shootout between a retiring marshal and a pardoned outlaw getting together with his buddies for some vengeance, there’s an overwhelming emphasis on the breakdown of ideals. Men projecting a stalwart image turning into opportunists and cowards. Written in the face of HUAC and blacklisting, which drove Foreman from the States, the film shows how quickly righteousness becomes impotent rage.

Hearing of the coming doom, Will Kane (Gary Cooper) decides to stay, compelled by a sense of obligation, over the protestations of his new wife. Given his popularity with the locals, he figures it will be easy to round up deputies and squash the threat with sheer numbers. A fleeing judge and a quitting right-hand man later…